Whatever the marketers may tell you, solipsistic horror masquerading under the guise of a cheery board game isn’t new. Dixit did it. A Fake Artist Goes to New York perfected it. Even Mysterium can’t escape that most terrifying existential fact of humanity, that our minds are rafts untethered and adrift on a fog-choked sea, ever in proximity but never quite able to sail in parallel. It’s crazy stuff. Like, does a number even exist, man?

Meanwhile, the real-world Pantone can apparently bring a lawsuit against you for using a particular shade of orange. Perfect for a game that celebrates artistic creativity! But that’s the weird thing about Pantone™: The Board Game. It’s ostensibly about a corporation that owns color, yet somehow manages to stage an odd and endearing paean to player expression and artistic abstraction.

END_OF_DOCUMENT_TOKEN_TO_BE_REPLACED

I’m Being So Sincere Right Now

If I’m being entirely honest, my suspicion of Portal: The Uncooperative Cake Acquisition Game had very little to do with Cryptozoic Entertainment’s mostly-bad reputation. Nor did it revolve around my discovery, upon opening the box, that the pieces aren’t all that great, especially the hexagonal room tiles that don’t fit together nearly as well as they ought. Or the lopsided turret. Or the way the bendy-man test subjects are jet-black but for a narrow band of color, making them frustratingly slow to sort unless they’re already standing up.

No, it wasn’t any of those things. It was the license. As in, Valve’s ultra-popular duo of games of the digital persuasion, Portal itself.

END_OF_DOCUMENT_TOKEN_TO_BE_REPLACED

A Handful of Questions

It’s Monday evening at Château de Thurot, and you know what that means…

Get this: You’re at game night, but it’s been sort of a long week and you just spent the last forty minutes zoned out while Geoff explained how haikus aren’t actually measured in syllables. But now everybody’s back to talking about board games, except — uh oh! — you aren’t exactly sure which one they’re discussing. As you listen to their conversation, can you fill in the gaps and sound like you’ve been paying attention when your friends ask your opinion, or will you make an enormous fool out of yourself?

END_OF_DOCUMENT_TOKEN_TO_BE_REPLACED

Atlantic City is Best Doomed Together

We’re all sick of Monopoly, right? I mean, sure, part of that is because pretty much nobody uses (or even knows about) the auction rules, and maybe it’s picked up a bad rap because your Aunt Ellie keeps giving you special editions for your birthday ’cause she heard you like board games. But then another family holiday rolls around and everyone’s sitting there after dinner, what what do they recommend? Monopoly. Boring ancient World War 2-winning (but nothing since) Monopoly.

Well, I’ve got a solution for you, and it’s just crazy enough that it might work.

END_OF_DOCUMENT_TOKEN_TO_BE_REPLACED

Tags: Board Games, Cryptozoic Entertainment, The Doom That Came to Atlantic City, The Fruits of Kickstarter

Sometimes I think it’s kind of sad that mechs are built for war, live out their short existence fighting one another, and then die in battle. Then I remember it’s actually awesome.

Meanwhile, Cryptozoic Entertainment is still in a whirlwind frenzy of making board games out of licensed properties, including the relatively recent mech-war PC game Hawken. What’s more, in order to capture the frenetic excitement of mech combat (we assume, since nobody’s done it yet; maybe it’s boring), they’ve decided to make it real-time. I know, I was thinking the same thing: huh? Well huh no more, because I’ve got the lowdown on what’s going on with the inspirationally-titled Hawken: Real-Time Card Game.

END_OF_DOCUMENT_TOKEN_TO_BE_REPLACED

Now You Can Actually Floop the Pig

Cryptozoic Entertainment has eked out one hell of a niche for themselves. Their business model consists mostly of building games around licensed properties and then selling said games to the fans of said properties, and not bothering to worry about how little they’ll appeal to everyone else.

I’m saying this because the same is essentially true of Adventure Time: Card Wars. If you looked at the header image and thought — or better yet, shouted aloud, possibly while fist-bumping your Jake plushie — “Adventure Time Card Wars?! Mathematical!“, then this game very well may be your cup of tea. And on the other hand, if you muttered something like “Why’s that kid got a hat with cat-ears on?” then, well, you might as well move along.

END_OF_DOCUMENT_TOKEN_TO_BE_REPLACED 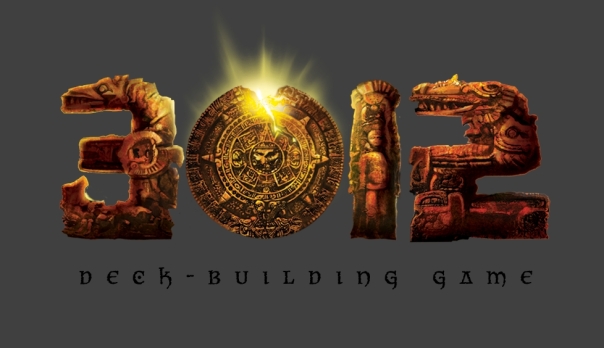 Yes, this article’s title is a rebus for “Five for 3012,” and yes, I thought it was clever when I thought it up. Before you leave, I’ll confess that I’m no good at the art of article naming — for instance, I realized only the other day that my Spec Ops article from way back in June should have been entitled “Spec Oops.” Dang it, that would have brought me the journalistic fame (and integrity-challenging freebies) that I so clearly deserve. Ah well, live and learn. At any rate, bygones shouldn’t distract us from talking about 3012, the new deck-building game from Cryptozoic Entertainment. After the jump, I’ve got five reasons why 3012 is excellent, and a few about why I didn’t expect it to be.