← COIN Volume I: Colombian Conflagration
Saving Us: And Then We Held Hands → 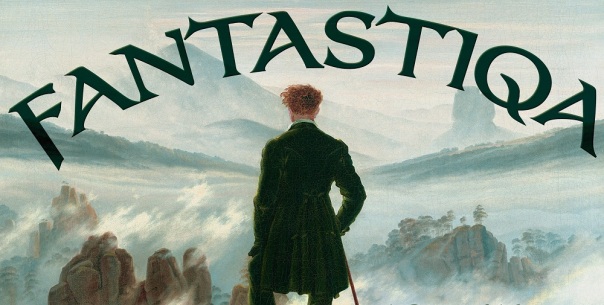 When it comes to Fantastiqa, I’m every bit as late as Lewis Carroll’s White Rabbit was back in 1865. I’m even tardy for the game’s second successful run on Kickstarter, which wrapped up about a month ago.

Now, under normal circumstances I wouldn’t bother reviewing an older game (assuming Fantastiqa’s 2012 release date qualifies as “older”) because I hate being unfashionably late. But in this case, I’m making an exception because… well, I could give any number of reasons, but really it comes down to Fantastiqa’s unique ability to make the mundane fresh again. 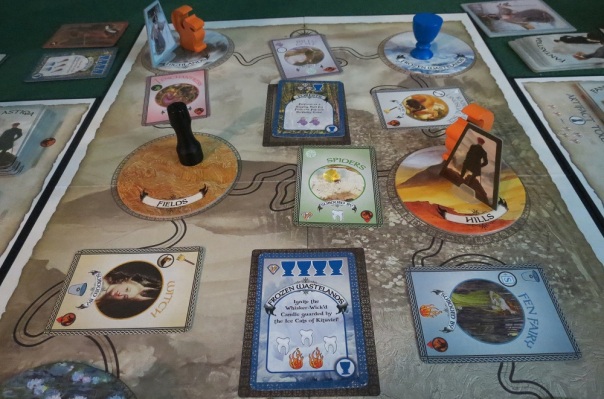 Adventuring in the land of FANTASTIQA.

There’s no way around it: as thrilling as the revelatory appearance of Dominion was, plus the increasingly sarcastic thrill of the release of hundreds of imitators every year thereafter, deck-building is now one of the most played-out mechanisms in boardgaming. That’s not to say innovation isn’t ongoing, whether through clever application of theme or by using deck-building as a means to a very different end — for example, games like City of Iron, Mage Knight, and City of Remnants all make use of the concept in different and interesting ways, to the point that they aren’t really “deck-building games” anymore, but they certainly aren’t the same old schoolyard copycats either.

Fantastiqa is one such innovator, though it’s content to straddle the fence between those two extremes. It’s got more of an emphasis on the deck-building portion than many of the more innovative titles listed above, but it’s also more innovative than most Dominion imitators. It is, in effect, entirely dedicated to the notion of transforming the mundane into something fantastic.

Fitting then that the fantastic should be its theme. Hidden worlds, coming-of-age journeys, fables with wholesome morals at the end, and comprehensive adventure kits consisting of a assorted items like a spatula, broom, toothbrush, flying carpet, faithless cat, and trusty dog. Oh, and a friendly dragon who’s perhaps a little too friendly. Which is to say, he’d rather drink tea than fight the monsters that are fighting you. All told, it’s everything an adventurer needs to subdue wild beasts, brave treacherous overgrown paths, and hopefully complete a few quests.

Some of the FANTASTIC cards you may come across.

Yes yes, but what do you do in Fantastiqa? That’s a good question, with two very different answers.

In terms of the mundane, you want to be the first to complete a bunch of quests. Only, the path to completing a quest is generally far more convoluted than it initially appears. Let’s say you want to “Bash and bemuse the Woozle of Ooze” in the Wetlands. Sounds easy. I guess. Looks easy, anyway: all you need are two goats and two wands (for the bashing and bemusing, respectively). So you’ll hunt for those icons, store them towards completing the quest, travel to the Wetlands, and play the cards to make the quest sufficiently bashed and bemused, while also trying to recall if a “Woozle” is something from a half-remembered childhood fable.

This is where the fantastic comes in, because rather than merely drafting cards like in other deck-building games, you’re journeying through the land of Fantastiqa! And you’re combining your items and monster-friends to subdue other monsters! Or visiting magic towers to buy artifacts, plus-sized monsters, or additional quests! Or pursuing one of the other adventurers, a real jerk who didn’t embrace Fantastiqa’s pervading sense of whimsy and instead stole some of your gems, and you’re going to send your pain-in-the-butt friendly dragon to gunk up your enemy’s deck instead!

From start to finish, Fantastiqa accomplishes something very rare by being exactly that: whimsical. It’s light enough that it’s not really a big deal when a mischievous raven steals half of your hard-earned gems, or when you draw a bunch of wimpy subdued creatures you don’t want; but solid enough that you can formulate a strategy, picking your way past the hordes of beasts, alternately subduing them or bypassing them with a handy flying carpet, so as to only claim just enough that you can beat the quests and win the game. Basically, it’s a game that lets you connive just enough to win, but not enough to get pissed at anyone when your plan falls apart. 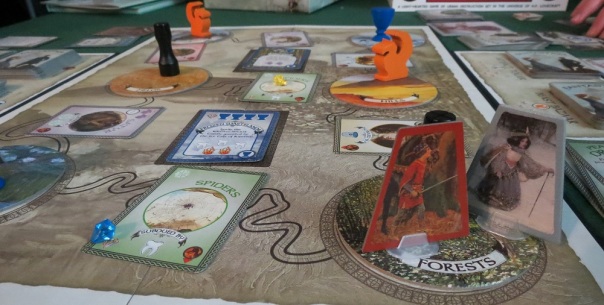 Something funky going on in that forest.

The Deepest Decks Ever Built

One interesting sign of Fantastiqa’s whimsical approach is the way you assemble your decks. Where most deck-building games are about picking the best cards and occasionally trimming the fat by getting rid of cards that have outlived their usefulness, Fantastiqa takes an almost inverted approach. Since you pick up any creature you subdue, and since you can buy spades of artifacts and super-beasts if you’ve managed your gem pool well, it’s entirely possible to pick up four or five cards in a single turn. It’s not uncommon to reach the end of your second or third turn and realize that your starting deck has already doubled in size.

This might sound unwieldy, but Fantastiqa knows what it’s doing. Have some faith — there are plenty of ways to pare your deck back down to a lean mean quest-completing machine, whether by visiting towers, “investing” cards towards quests to get them out of circulation, or using them to clog up your opponents’ decks. And once it all comes together, it’s an entirely different way of looking at the genre as you grapple your thirty-card monstrosity into a manageable deck that lets you get around, beat the right monsters, and eventually complete your tour of Fantastiqa.

So yes, I’m late to the party. Fantastiqa is a deck-building relic from yesteryear, an earlier example of the genre boldly merged with a map and a few fresh ideas. But I’m glad I eventually got here, because although this isn’t a game I expect to play often, it’s definitely a title I suspect I’ll happily pull out now and then, if only to refresh my patented Whimsy Batteries. Now and then, it’s good to be reminded of some of the sense of playfulness, wonder, and goodness of childhood.

Posted on April 12, 2014, in Board Game and tagged Board Games, Fantastiqa, Gryphon Games, The Fruits of Kickstarter. Bookmark the permalink. 3 Comments.

← COIN Volume I: Colombian Conflagration
Saving Us: And Then We Held Hands →