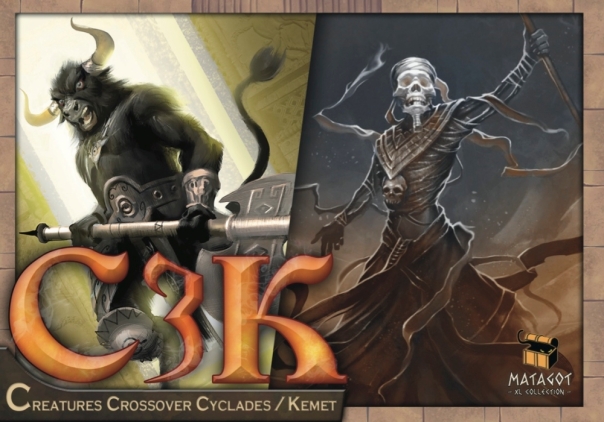 I don’t believe there’s anyone alive in the world of board games who’s managed to corner the Awesome Light Wargame With Badass Mythological Miniatures niche so well as Matagot, as evidenced by Cyclades being one of the best games of 2009 and Kemet knocking everyone’s socks off in 2013. Proof, and more proof (at least for the Kemet half of that claim).

Now Matagot has put out an expansion aimed at anyone who owns both of those masterpieces. It’s C3K, or the Creatures Crossover Cyclades/Kemet expansion, and it’s… well, let’s take a look.