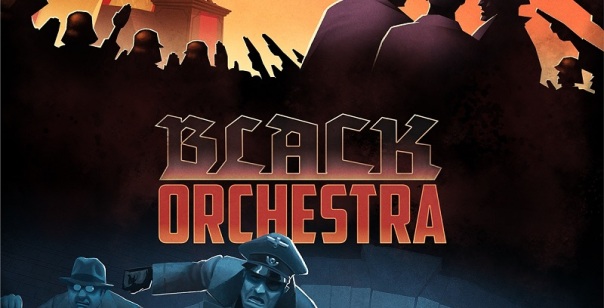 “There remains an experience of incomparable value. We have for once learned to see the great events of world history from below, from the perspective of the outcasts, the suspects, the maltreated — in short, from the perspective of those who suffer. Mere waiting and looking on is not Christian behavior. Christians are called to compassion and to action.”
_____—Dietrich Bonhoeffer, 1906-1945, Letters and Papers from Prison

Black Orchestra is one of those rare games that revels in the hopelessness of its situation. Wallows in it, more like. As one of the conspirators bent on overthrowing Adolf Hitler — whether you’re a civilian businessman or politician, Abwehr or Wehrmacht officer — your chances are, as was the case in the real-life Schwarze Kapelle, nearly hopeless. It’s less an exercise in excitement and explosions, and more a game of waiting, of chewing your fingernails until they’re raw, of walking the line between playing it cool under pressure and taking foolhardy risks the instant an opening presents itself.

By way of example, let me tell you about three plots to assassinate Hitler.