I’m not one for complaining about my moonlighting as a critic. Mostly because it always comes across as sort of “I play too many games, it’s so hard. So hard! How can anyone even begin to comprehend my plight? Nobody but me can write these words, nobody.”

On the other hand, my life is super hard & stuff. For example, when you play well over a hundred new games every year, some of the sheen will inevitably wear off. Which is why a particularly good game — one I didn’t see coming — can be such a delight. Here are ten examples. 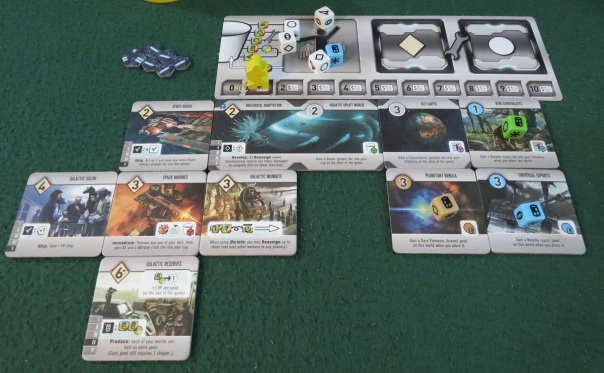 When tableaux move into space.

I may go about my life under the fiction that I could totally pass the astronaut exams, but I have enough self-awareness to recognize that I occasionally dismiss roundly-hyped games without giving them a chance. Roll for the Galaxy, for instance. What’s the big deal over another cash-in dice game? I wondered, grumpily. Well, the big deal is that it’s about as polished as I’ve ever seen. Every single thing on display here feels right, from its roundabout economy to your civilization’s expansion through the stars. Count me surprised. 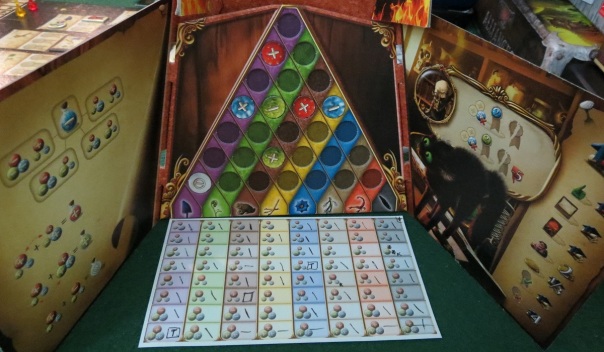 As the year’s also-ran “digital app required” game, I wasn’t expecting much from Alchemists. Instead of mixing up a stink bomb, however, the final concoction was a fragrant perfume that not only highlighted the contention between sound deduction and the occasional need for hasty guesswork, but also depicted publish-or-perish academia with stark (and occasionally depressing) accuracy. Testing potions on desperately poor students has never been so much fun.

No, Deus isn’t Settlers of Catan. It’s a tableau builder where your assemblage of cards both launch off each other and have far-reaching consequences on the map. Like stealing things from your neighbors, or erecting huge cities or colonies that block everyone else’s expansion. It isn’t the most thematic game ever put together, but it’s easily one of the year’s crunchiest. 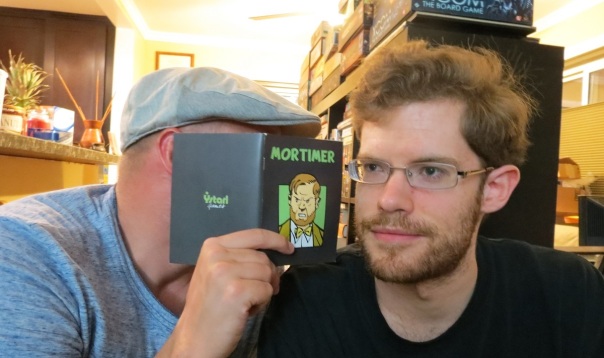 Geoff and Adam are included in every fifth copy of Witness.

There was only one game this year that let me whisper into my bro’s ear, breath tickling the hairs at the base of his neck, lips grazing sideburns. “The footprints with the stars on the heels twist in a counter-clockwise motion,” I whisper, sensually. “What was that?” he asks. But I know he heard me. He just can’t wait for me to whisper again. Ladies and gentlemen, I give you Witness. 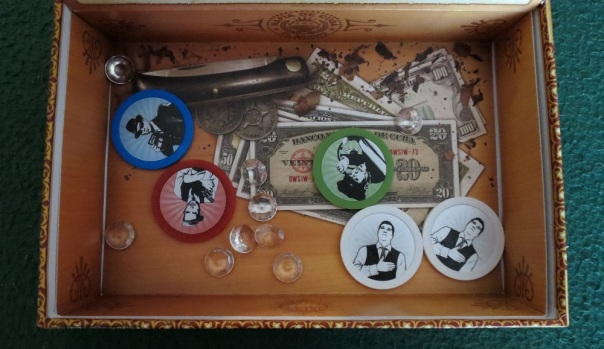 While I’ll play the occasional social deduction game, and even swallow bile and force myself to enjoy it, I generally don’t love the genre. What’s my motivation for being a rebel? Can’t I be a friendly werewolf? What if I don’t want to be a secret Hitler? These are the questions that nag at the back of my mind while I flash my automaton smile. Mafia de Cuba, on the other hand, understand that I sometimes want control over my own destiny. Support the Godfather or rob him blind? That’s a choice I can get behind. 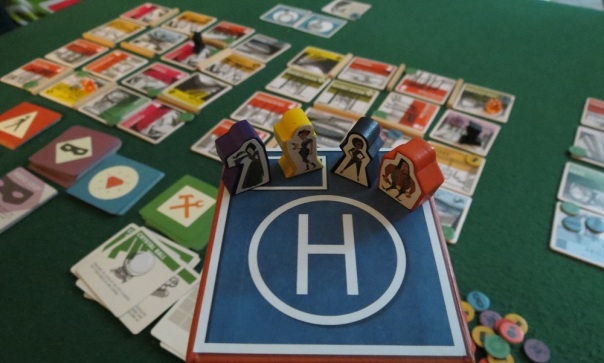 There’s something about a plan that goes right all the way through. Is that what we say?

I enjoy cooperative games as much as the next guy, but it takes some doing to really knock my socks off. Burgle Bros. wants you to feel like you’re the star of a heist flick, and it largely succeeds. Dodge patrolling guards, avoid cameras, tell your alpha player buddy to shut it, and crack a safe containing a cursed treasure. Good stuff, and it came out of nowhere. Like a burglar, perhaps.

Everyone on Planet Dan has evolved a shell.

The one thing I didn’t expect from Evolution was a flawless representation of its theme. As in, players are constantly forced to run as fast as they can, evolving their species in response to everyone else’s constantly evolving traits, just to stay alive for one more round. Get too comfortable beneath your shell and someone will turn you into dino chow. Rely too much on a particular species for dinner and they’ll learn to burrow. Thrive and consume all the plants down at the watering hole and you’ll eventually starve. With only a handful of card types, an entire Cretaceous-worth of combinations are placed at your disposal. If I’d done a “smartest games of 2015” list, this might have been number one. 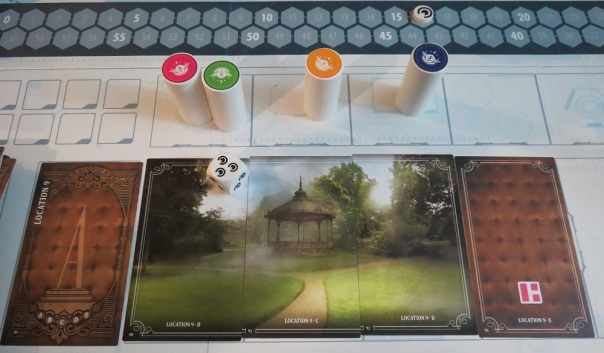 I’m still not allowed to say anything about this game.

I can’t tell you anything about T.I.M.E Stories. Sorry. The one thing I can say is that it’s the only game I’ve ever played where upon completing its final [redacted], I immediately sat down and started sketching out a rough idea for a time-bending narrative of my own.

Someone should hunt that sea bear.

As an enormous fan of the masochistic Greenland, I didn’t think the prequel would be anything too special. A new setting, different animals to hunt, more primitive inventions to, ahem, invent. Then Neanderthal rocked my world by forcing me to learn new words, date upright hominids, and very slowly develop my own brain. I’m not prepared to call it superior to its predecessor, but in many ways it’s the more evolved beast. 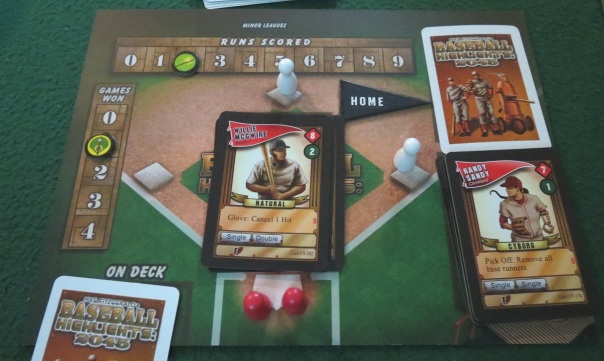 Not only is Baseball Highlights: 2045 about baseball, it’s about a baseball highlights reel. Even with the inclusion of cyborgs and sentient robot players, I literally cannot think of anything more boring. I’d rather visit the dentist than watch a highlights reel.

And that’s precisely what makes Baseball Highlights: 2045 the year’s most pleasant surprise, because this game is incredible. Draft a team, court the fans, and play a bunch of baseball minigames that are tense, competitive, and stretch your team to their limits. It’s compelling, gut-wrenching, and makes the half-remembered smell of spat-out peanut shells and spilled beer seem almost nostalgic.

There we go! What, dear readers, were your personal surprises of 2015?

Posted on December 31, 2015, in Board Game and tagged Best Week!, Board Games, Space-Biff!. Bookmark the permalink. 3 Comments.