← The Mere Anarchy of John Company
Faffing About the World →

Fine, Have Your Dang Scores

Every time. Every dang time.

Whenever I write about a board game, a certain sort clamors to my inbox like ants chasing a line of sugar cubes. “Yeah yeah, but what’s its score? Would you say it’s a 7.18 or a 7.19 out of 10?”

Know what? I surrender. As of today, Space-Biff! will be assigning a score to every game we review. But seeing as how you’ll be skipping past every word I write from now on, you can bet your butt you’re going to have to wade through seven hundred words to understand the scoring criteria. 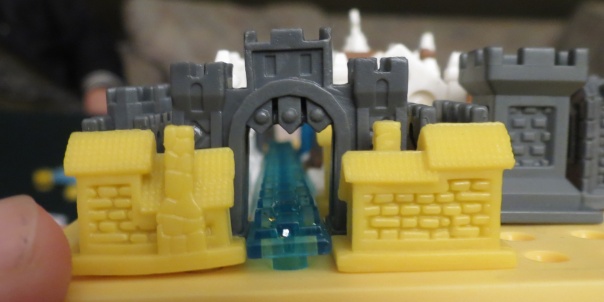 After years of consideration and scientific development, I’ve assembled the most objective possible criteria for assessing any board game. That’s right, any game. Mainstream, downstream, upstream, jet stream. All of them. The only downside is that some of these criteria are too scientific for the layman. In short, I have turned into the very gatekeeper that I promised my grandfather I would never become.

Thank goodness I can explain them to you.

The first three are the easiest to comprehend. There’s depth, which measures whether the game lights up the ol’ gray matter when played during a computed tomography (CT) scan. Thanks to a friend who works in neuroimaging, this is more than guesswork — it’s science. Very expensive science. Did I mention I have a Patreon? Next up is replayability, the objective measure of whether your game group (and mine, and everybody else’s) will be interested in revisiting a game more than once. For every pip on the scale, that’s once more you’ll want to replay it. Finally, insert appeal. ‘Cause I know you love inserts.

Let’s take a look at how one of my favorite games fares.

Not bad! It’s true that Jon Perry’s Air, Land, & Sea scores high on depth and replayability, but its rinky-dink paper insert really dings its insert appeal. Of course, this is only the first half of the algorithm. Let’s see what happens when we factor in the full range of criteria.

Fair warning, the next one proved controversial during focus grouping. I’m speaking, of course, about mouthfeel.

Everyone knows that a game’s components matter just as much as the quality of its gameplay. And it isn’t just the components — it’s how they handle. What they feel like on our fingertips. And what’s more sensitive than fingertips? You got it: a human tongue.

Much like detecting a fine wine’s undertones, a chocolate bar’s country of origin, or whether that penny was minted in Denver, Philadelphia, or San Francisco, an experienced game-taster can determine the quality of a game’s components with just one or two licks and maybe a swish. Our in-house taster even pinpointed the source of that funky scent that wafts out of every shrink-wrapped title from Hollandspiele: decomposing opossum.

The remaining criteria are easier to understand. New Euro / Old Euro is the scale’s only option that can actually subtract points. Don’t worry, this only happens when a game hews too closely to the dreaded “New Euro puzzlebox” school of design. Finally, we evaluate the game’s Ian O’Tooleness, a metric of how carefully the game’s artwork sticks to the hobby’s most iconic style.

Let’s see how the scale works when the whole thing is put into practice.

Wow. Exactly as intended. Why even have words?

As you know, we at Space-Biff! are dedicated to overthrowing the structures of Western hegemony that have trapped this hobby in the Bronze Age since 1200 BCE. One such relic is the 70-100 rating scale. This scale traces its roots to the grading methods of the United States school system, in which any score below a 70 represents a “failure” child. We reject such notions. To remedy this problem, we pledge to use the entire scale, not only its topmost four digits. Further, you may have noticed that the scale is pitched just low enough that it cannot be appropriated by mainstream institutions to reflect their reactionary scoring agenda. To illustrate our dedication, we leave you with the only game to ever achieve our scale’s highest possible rating:

Thank you for your entreaties. Beginning now, games are about scores, not talking.

Warmest thanks to Eryck Tait for loaning me his talents at graphic design. Check out his site here!

Posted on April 1, 2021, in Board Game and tagged Board Games, Space-Biff!. Bookmark the permalink. 22 Comments.

← The Mere Anarchy of John Company
Faffing About the World →